This was a title originally designed way back with Lectora 2007 or so that has been updated. It was developed before the availability of the elearning Bros options, and has stuck around for a while. The title of the game was sanitized along with the questions used in the game. Since the game was done before the buttons were updated with the more recent Lectora versions, the buttons are all custom images.

It’s meant to be played from a single player perspective. It follows the traditional format with two rounds of game play and a final question. Each round consists of 6 topics with 5 questions each. (2 rounds – 60 questions total)

There are some additional things that were added such as: 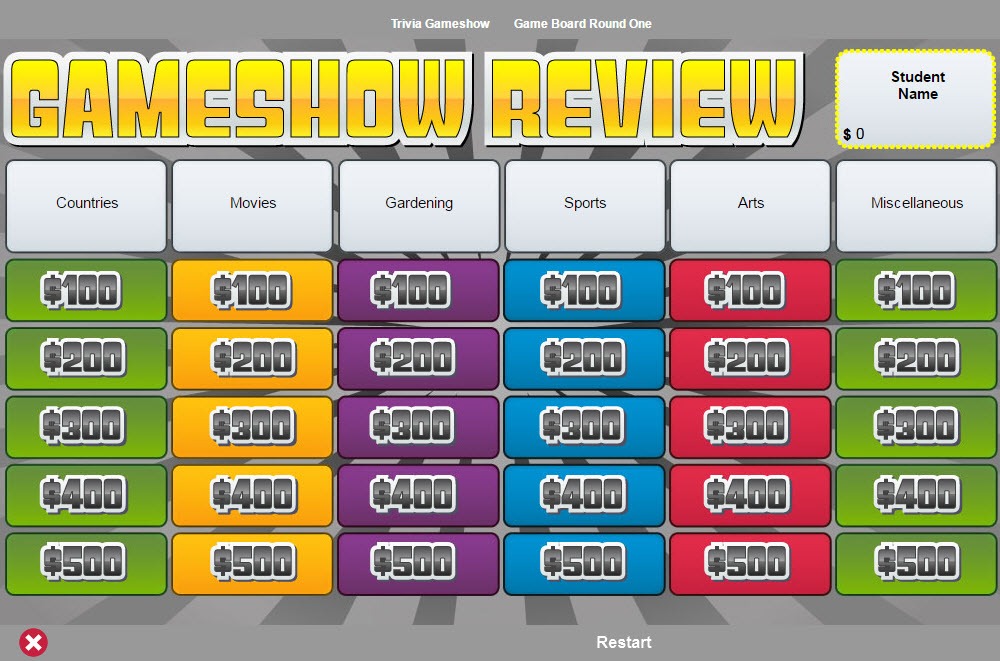