This is a selection from a course about selling Dietary Supplements. I had to drop a bunch of elements for file size, but several choice moments of the guide character Rebecca are there as well as some interactive feedback. (Choose YES when she asks if Chad did anything wrong). REBECCA was a super fun character to write, and the voice actor from Fiverr did a great job capturing the tone we wanted.  By the way, the password is devmode, if ya know what I mean. 😉 All illustrations in the course were done by yours truly. Enjoy! 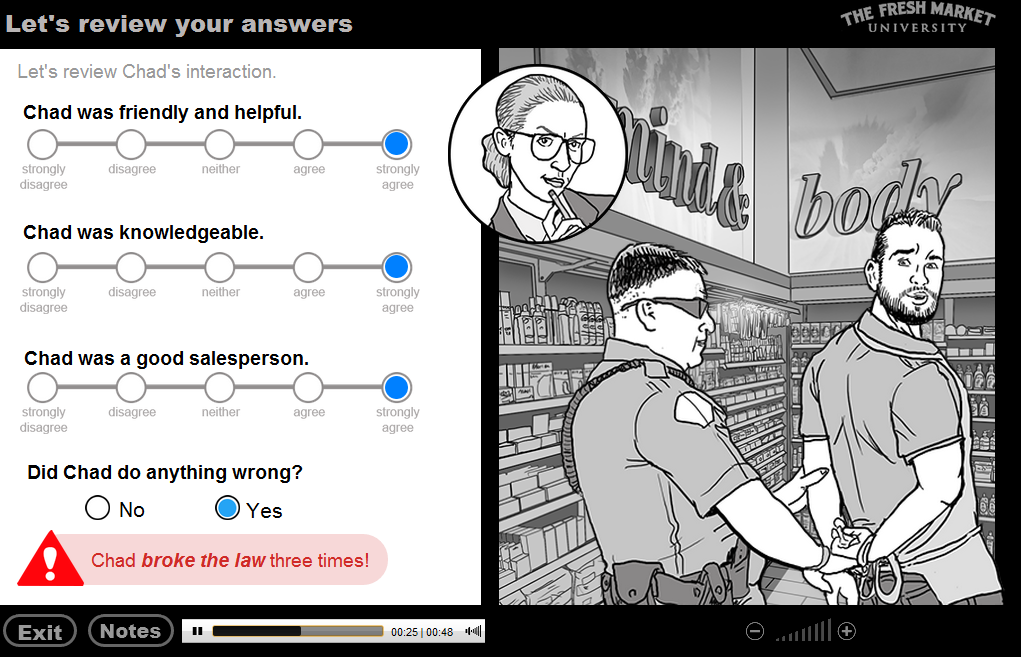