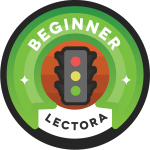 You won’t be able to manipulate the courses HTML wrapper since an exit button is going to appear in web-based content no matter what.

You could manipulate the internal course exit button with a variable.