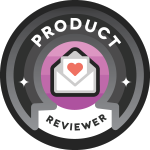 The learner (visually impaired) was able to move through multiple pages (dashboard, information, video, key points) without major complaints.  So, I think the high-level, overall page design could be solid and compliant.

Navigation on the exercises was essentially the issue.  The feedback was focused on my T/F or MC question pages.  The learner (visually impaired) said the feedback wasn’t clear to tell him if he got the question right or wrong.  They said it was too reliant on the visual aspects (red/green shapes).  He also stated that some of the buttons are oddly named.  Some read “button 2800394” or simply had descriptive English names that he felt were confusing (Go forward instead of Next Page).