Many features in Microsoft PowerPoint are supported in Lectora, but not all. Importing Microsoft PowerPoint content is not an exact one-to-one conversion. This means that text and other objects might look slightly different after importing them. In this article, we’ll discuss a few of the enhancements, conversion rules, and considerations for importing PowerPoint into Lectora 16.2 and newer, and Lectora Online.

For details about importing PowerPoint presentations, review the How to Import a Microsoft PowerPoint Presentation into Lectora and Lectora Online Trivantis Community article.

Lectora utilizes the installation of  PowerPoint on your system to perform the import.  To import PowerPoint content, you must have PowerPoint 2007 or newer installed on the same computer you are using to upload. (2010 or newer is recommended for the best results.)   If you use Office 365, PowerPoint files cannot be imported.

The PowerPoint presentation needs to be saved as a .pptx file. If you have older .ppt files, open them in PowerPoint and save them using the .pptx extension.

Lectora desktop only: If you are importing a portion of a PowerPoint presentation using the import “From PowerPoint” option on the Tools ribbon, we suggest you set the import size to match the page width of the active, receiving title.

PowerPoint includes “master slides” and “layout” slides. This is similar to Lectora’s Themes and other title-level objects, typically inherited throughout the title. When PowerPoint content is imported, Lectora will convert these global elements to shapes, images, and text blocks as appropriate, and place them into groups at the title level.

Objects that are completely off of the slide (i.e., on the paste board) will be imported to Lectora and remain off the working area of the page. Items which are placed partially on the page in PowerPoint, will be similarly placed in Lectora, and cropped upon publishing.

Lectora will import text blocks as closely as possible to the original. You may see some slight variations in font size, line spacing, alignment, colors, or bullets. Lectora doesn’t support embedded fonts from PowerPoint. If a font used in the PowerPoint presentation isn’t installed on your computer, Lectora will notify you with a message, and apply the default font (Arial) to the imported text. This is true for all objects with text, including buttons and shapes.

PowerPoint tables are imported as images in Lectora in order to preserve the visual design. If desired, you can recreate the content and apply one of the many predefined Lectora table styles.

When you import PowerPoint content into Lectora, you have the choice of how to handle slide transitions and object-level animations (both of which are referred to as “transitions” in Lectora).  You can choose any of the following:

PowerPoint’s Emphasis Animations and Motion Paths are not currently supported and will not be imported into Lectora.

PowerPoint shapes (including lines and callouts) are converted to Lectora’s shapes where an equivalent exists. This includes border styles and line widths, as well as Lectora’s adjustment handles () for changing the angle of points and roundness of corners. Where a comparable Lectora shape does not exist for a PowerPoint shape, the import process will convert the shape to an image or text block, using the following rules:

PowerPoint SmartArt is imported as an image to preserve the desired look of the item within the Lectora title.

Effects on text blocks, shapes, and images are imported and adjustable in Lectora. You may see some slight differences in the distance, depth, angle, etc.

Audio and video are imported as media objects, available to target with play, pause, stop, and other actions, as well as adding synced events and closed captioning.

Lectora imports PowerPoint slide numbers as a text block with an attached Change Contents action. On display of each page, the contents of the text block are updated to the PageInTitle variable.

PowerPoint slide notes are imported as Lectora Note objects ( ) on each page. 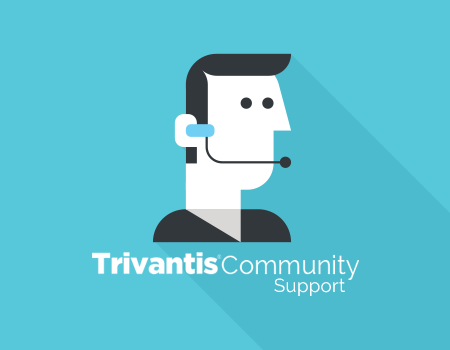